We offer a comprehensive up to date guide

Denmark is one of the first countries in Europe to introduce a VAT system. On 3 July 1967, the first VAT Act came into force replacing traditional sales tax. The VAT legislation in Denmark went through several tax reforms since then.

The most significant change so far has been the modification to bring local legislation in line with the Sixth EC VAT Directive (which, since 1 January 2007, is officially named the Council Directive 2006/112/EC on the common system of Value Added Tax).

Learn more about VAT in France in our comprehensive guide. 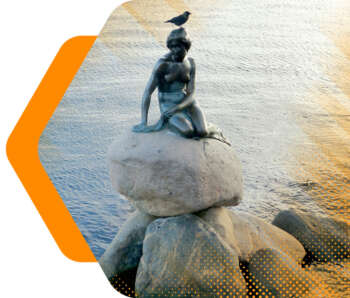 VAT applies to all transactions unless either outside of the scope of the Danish VAT Act or specifically exempted. Taxable transactions fall under two main categories: “supplies” and “other,” i.e., situations which economically are not supplies, but are treated as such for tax neutrality reasons (also referred to as “deemed supplies”).

The most common cases with Danish VAT are:

Denmark: certain supplies and imports of goods and services exempted from Jan. 1, 2022

Measures include the provision of a list of goods that are exempt from excise tax or VAT, the establishment of registration and tax requirements for businesses involved in the handling and storage of taxable goods, the establishment of fines and penalties for non-compliance, the introduction of exemptions on certain supplies and imports of goods and services to the European Commission in response to COVID-19.

Denmark: SKAT publishes VAT rulings on services provided to customers outside the EU