We offer a comprehensive up to date guide

The Taxe sur la valeur ajoutée (TVA) of 3 July 1969, as revised (the “VAT Code“), was the first piece of contemporary Belgian VAT legislation. The VAT Code incorporates the European Union Directive 2006/112 on a common system of value-added tax (the “EU VAT Directive”) into national law.

Other tax rules lack a VAT provision, but other related provisions, such as certain registration tax exemptions, are conditional on VAT-exempt transactions (and certain VAT exemptions follow the customs regime).

Belgium is a member of the European Union. VAT legislation has been unified across the EU, including Belgium, which follows the directives provided but transposed into national legislation according to its needs. 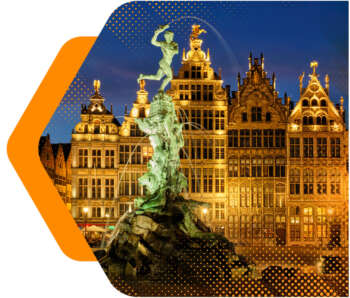 The VAT system in the EU is based on two essential principles:

VAT should be applied to all consumption as a general consumption tax. As a result, exemptions must be rigorously limited and understood.

As a neutral tax, it should not influence business decisions. Similar supplies should be treated the same way when it comes to VAT. Furthermore, the final client should bear the entire burden, with the entrepreneur exempt from VAT costs thanks to the deduction’s method.

VAT is charged on the following types of transactions:

The exemption prevails over the temporary 6% VAT reduced rate on masks and hydroalcoholic gels imports and the zero-rate VAT on vaccinations and in vitro diagnostic medical devices imports.

Changes in guarantee rules for VAT registrations with fiscal representation are set to take place this October in Belgium.