OECD outlines that BEPS is of major significance for developing countries due to their heavy reliance on corporate income tax, particularly from multinational enterprises. Engaging developing countries in the international tax agenda is important to ensure that they receive support to address their specific needs and can effectively participate in the process of standard-setting on international tax. However, the research by University of Copenhagen and UC Berkley shows that it is the European Union that looses the most from shifted profits whereas the developing countries place the second in in terms of loss. 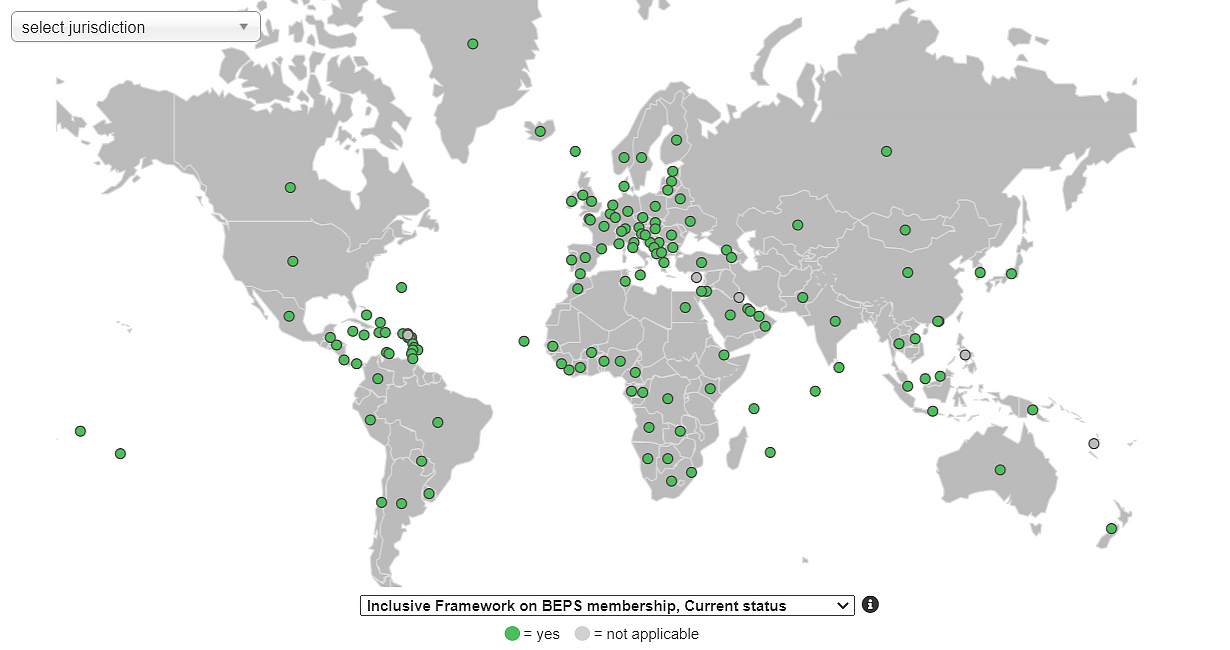 This map sourced from the website of OECD 21st July 2021, shows over 135 countries that became the members of the Inclusive Framework on BEPS, committed to collaborate on the implementation of the OECD/G20 BEPS Package.

The implementation of a plan including both of the pillars is planned for the year 2023.

The reform has been initially approved by 131 countries after meetings in July held by G20 and OECD. If OECD’s proposal is finalized in October 2021 as planned, it would need parliamentary approval in more than 130 countries including the U.S. and all of the EU member states; and be implemented in 2023.